The search box
Enter one or more words. You will be able to continue narrowing your search in the discovery tool EDS, where the majority of the library information resources can be found.

Filters in the search box

Articles: Articles from scholarly journals. Using the peer-review facet in the left menu you will limit to articles reviewed by experts in the field.

E-books and printed books: Online books in full text as well as print books. Please note that theses are not found using this filter.

Printed books: Make a request if the book is currently on loan or if you want to collect it at a different branch library.

E-journals: Enter words from the title of the journal to get to the list of e-journals.

Databases: Enter words from the database title or subject area to get to the list of List of databases. Use English terms. Databases often cover large areas and the search terms therefore need to be broad, for example Physics.

Chalmers Publications: In research.chalmers.se you will find information regarding research at Chalmers, projects, researchers and publications.

Go to search services to find search tips and additional links.
Remember to ask us when you have a question. You're also welcome to visit the reference desk at the library, call or book a librarian.

Every year in October Chalmers Library awards a person or group for excellent work on creating open access to Chalmers research output. This page lists the winners.

An article (in Swedish) can be read here, https://www.chalmers.se/sv/institutioner/CLS/nyheter/Sidor/Open-access-pris-till-studenter-p%C3%A5-ACE.aspx. 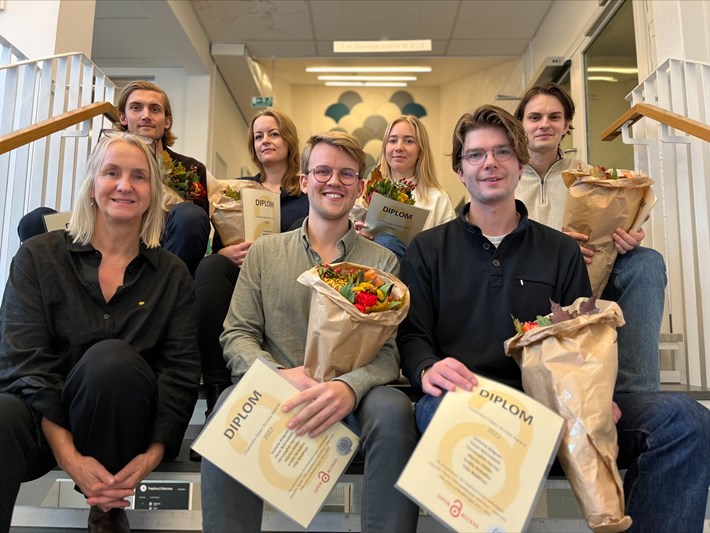 This year the award is handed to the Department Biology and Biological Engineering (BIO) for publishing 68% of their research publications in 2020 open access in Chalmers Research. The award will be received by Maria Faresjö, Head of Department, but goes to all publishing staff members at BIO.

An overview of research output from BIO can be seen and accessed here, https://research.chalmers.se/en/organization/biology-and-biological-engineering/. 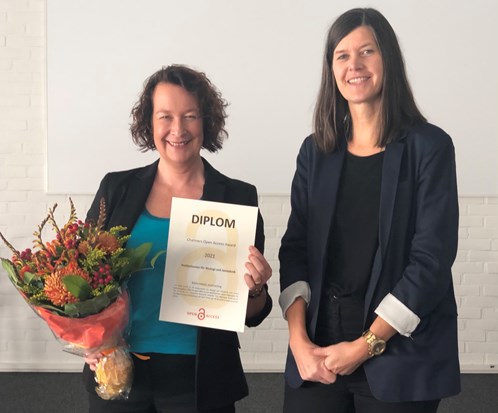 Erik Agrell is awarded the Chalmers Open Access Award 2020. With a majority of his almost 300 research publications published open access, over a time span of close to 30 years, Erik is with this award recognized as a true Open Access champion at Chalmers University of Technology.

An interview with the award winner is available at Chalmers web, "Open Access is a matter of democracy and global solidarity". 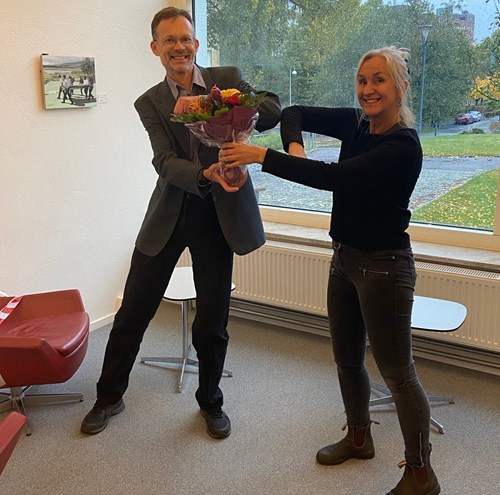 In the picture: Erik Agrell (to the left) receives Chalmers Open Access Award and flowers from Catharina Hiort (to the right).
Photo: Mikael Weiss.

Anneli Kamb and Jörgen Larsson, for the report Klimatpåverkan från svenska befolkningens flygresor 1990 – 2017 (2018). The report was in 2018 downloaded by 900 unique users, and was linked to from e.g Swedish television and the journal Curie. The report was the most downloaded item both 2018 and 2019.

Sandra Roos for her doctoral thesis Advancing life cycle assessment of textile products to include textile chemicals. Inventory data and toxicity impact assessment which reached most readers during 2017. 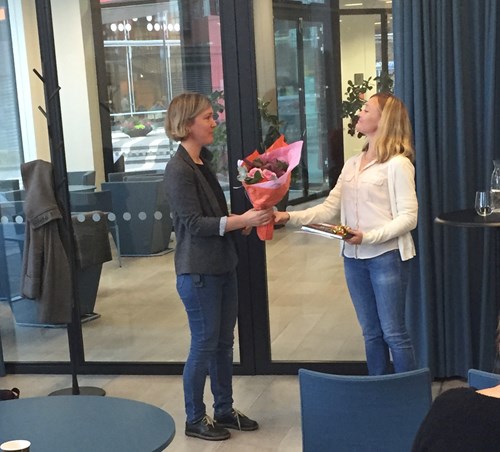 In the picture Sandra Roos (to the right) receives flowers and a diploma from Kristina Graner (to the left).
Photo: Jessica Lindholm

No award handed out.

The 2015 award goes to the authors of the most reached open access publication during 2015. Jan Lennartsson, Nicklas Lidström, Carl Lindberg was awarded the prize for the article Game intelligence in team sports (PLoS ONE. 2015 vol. 10 (5)). 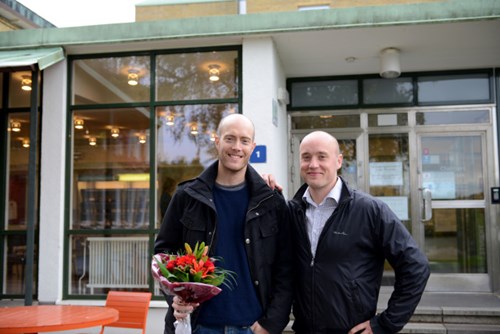 In the picture Carl Lidberg and Jan Lennartsson, poses outside Chalmers Library with the prize winner flowers.
Photo: Sofia Andersson